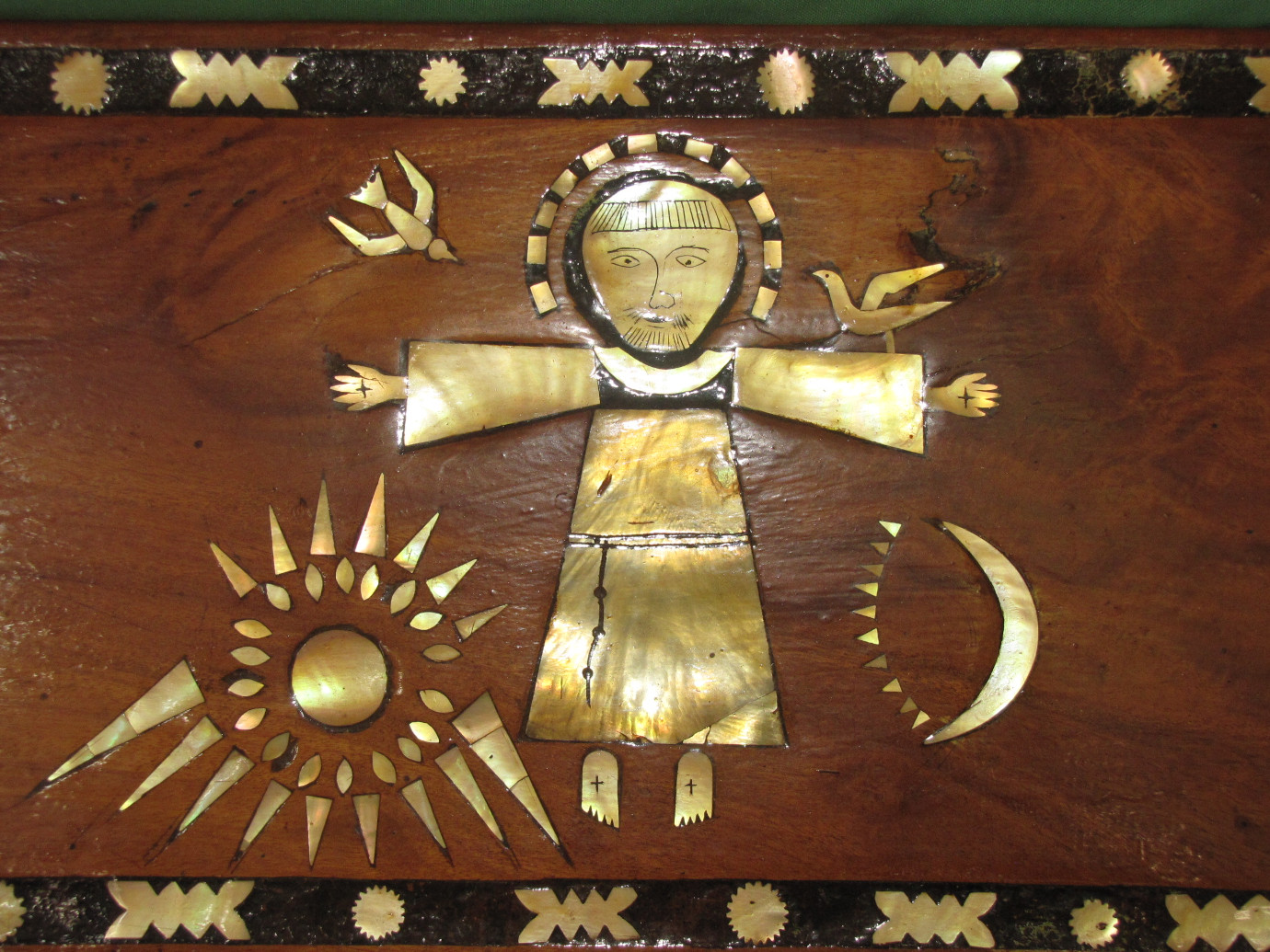 Francis was born in Assisi in central Italy in 1182, the son of a wealthy cloth merchant, Pietro Bernardone, and his wife, Pica. He was baptized Giovanni 'John' but soon gained the nickname Francesco, because of his father's close trading links with France.

Francis' early years were not especially religious. He was a leader among the young men of Assisi, enjoying a good social life, singing and partying. His first biographer, Thomas of Celano, describes him as quite short, with black eyes, hair and beard; he had a long face, with a straight nose and small, upright ears. His arms were short, but his hands and fingers slender and long. He had a strong, clear, sweet voice.

Francis didn't want to follow his father into the cloth trade; he wanted to be a knight. So at the age of twenty he joined the forces of Assisi in a minor skirmish with the neighbouring city of Perugia. He was captured and spent a year in a Perugian jail, until his father ransomed him. This became the first of a series of experiences through which God called Francis to the life which he finally embraced.

One of these experiences, at San Damiano, led to a rift with his father. Francis, in response to a voice which he heard speaking to him from the crucifix in this tiny ruined church, began to rebuild churches; when he ran out of money he took cloth from his father's shop and sold it. His father disowned him before the bishop of Assisi, and Francis in his turn stripped off his clothes, returning to his father everything he had received from him, and promising that in future he would call only God his Father.

Francis now begged on the streets of Assisi for money to repair churches; and after a further experience of God's call he began also to preach. Men came to join him in his life of poverty, prayer and preaching, and he always saw them as God's gift to him, writing 'when the Lord gave me brothers'. As numbers grew the brothers spread out beyond Assisi to other parts of Italy, and then to other European countries, including England. Before Francis' death brothers had travelled to North Africa, where the first Franciscan martyrs died in Morocco in 1220. Francis himself travelled to the Holy Land, and met the Sultan of Egypt, a meeting which has become a template for dialogue between Christians and Muslims, especially among Franciscans of today.

Francis first wrote a very brief Rule 'a way of life' for his brothers in 1209, and this was approved by the Church. It was superseded in 1223 by a fuller Rule, which has continued to shape the lives of Franciscan brothers over the centuries.

Francis spent most of his life on the move, though he also took time away from preaching for times of withdrawal for prayer. It was during one of these times of retreat that he received the stigmata - the marks of the crucified Christ in his own body. For the final two years of his life he suffered constant pain. He died in 1226, and as he died blessed his beloved city of Assisi. He was buried in what became the great Basilica of St Francis, and declared a saint by the church in 1228. 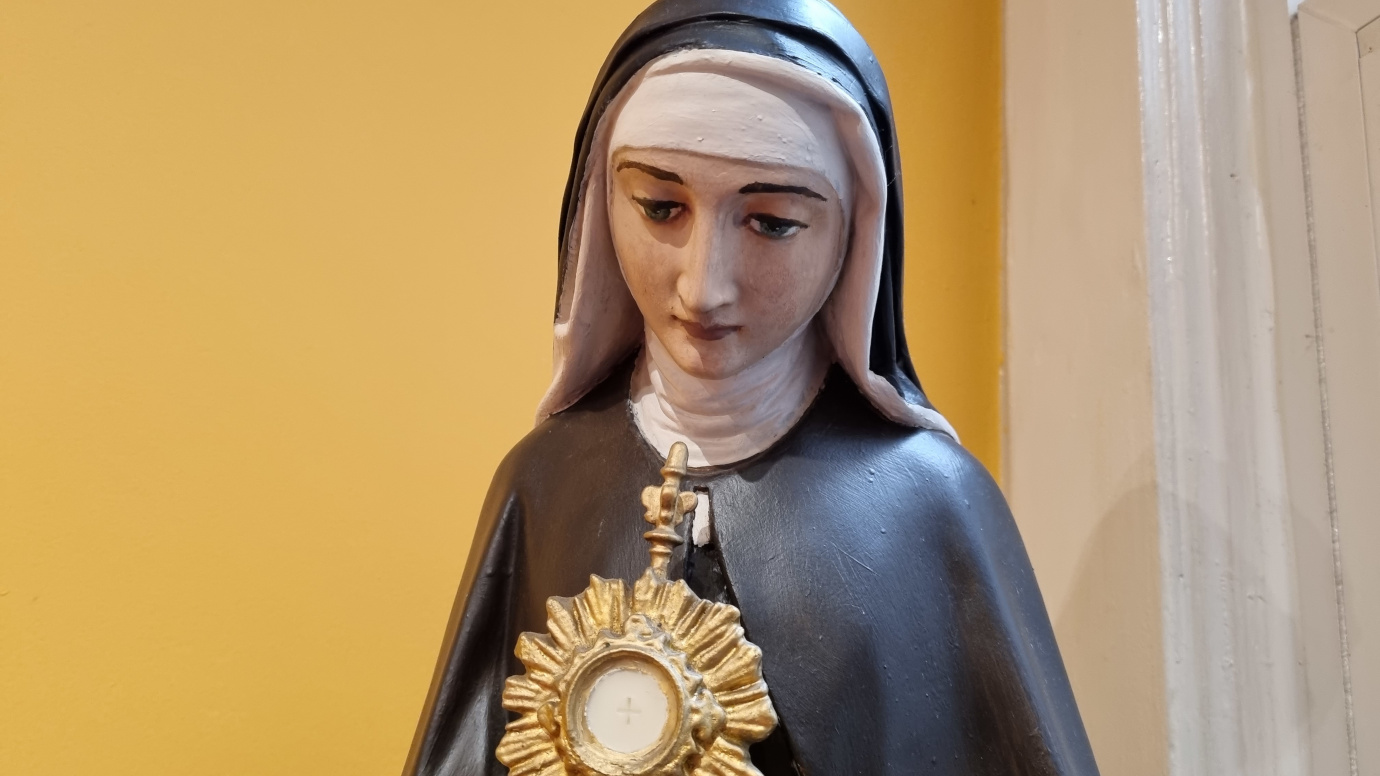 Clare was born in 1193 or 1194, the daughter of a nobleman in Assisi. When Francis began to preach in the squares of Assisi in 1210 she was 16 years old, 11 years younger than him. She had always been a serious child, and used to share her food with the poor and needy people of the town. She had already refused several offers of marriage. Now she was captivated by Francis' preaching of a simple gospel life, and especially his emphasis on poverty. She had several secret meetings with him, accompanied only by a friend, Bona, and made up her mind to join him.

On Palm Sunday 1212 she left her parents' house secretly. She had already sold her dowry and given the money to the poor. At the little church of St Mary of the Angels, just below Assisi, she met Francis and a few of his brothers. She changed her dress for a simple habit, and took off her jewellery. Francis cut her hair, and she made a vow of obedience to him. At first she lived with a Benedictine community of nuns, doing simple menial tasks. Her family were appalled at her choice and sent armed men to bring her back. But they were unsuccessful. When Clare's younger sister, Catherine, followed her only a fortnight later, the family made even more violent attempts to force her to return home. They were in fact carrying her off physically, but Clare prayed, and Catherine became so heavy that they could not lift her. Defeated, they returned home.

Francis received Catherine too as a sister, and gave her the name Agnes. Then Clare and Agnes moved to San Damiano, the church where Francis had heard the crucifix speak to him. Here the first community of Poor Clares came into being. It grew rapidly, and in 1215, very much against her will, Clare was made Abbess. She held this position until her death in 1253. Two years after, in 1255, she was declared a saint by the church.

In the early days of the Franciscan life Francis visited Clare often, but as his own community grew his visits decreased and she had to find within herself the inspiration she had received from him. Their relationship grew more equal, and Francis would consult her on important decisions. In his last illness he came to San Damiano and Clare cared for him.

Although she called herself 'the little plant of Francis' she was in fact a powerful and innovative woman, the first woman to write a Rule (a guide to a way of life) for a religious community. She struggled with the church for most of her life, as Popes and Cardinals sought to draw her away from the poverty which was at the heart of her following of Jesus. But she remained firm and her Rule was finally approved just a few days before her death. By that time there were more than 150 communities which followed her way of life, mainly in Italy, southern France and Spain, but spreading as far east as Prague, and as far west as Bruges.