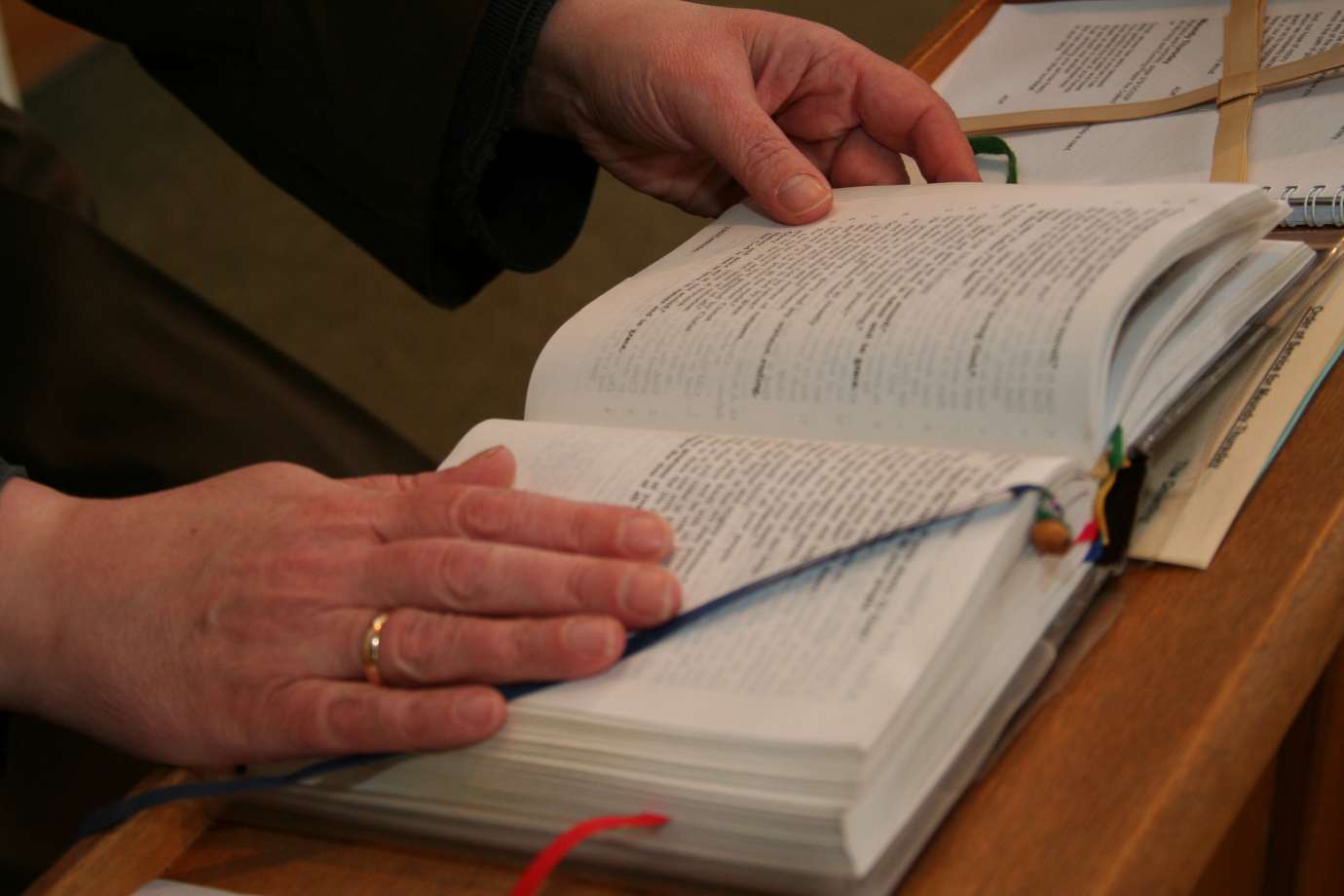 Neither Francis nor Clare, the founders of the Franciscan movement, wrote books on 'how to pray'. But there is a distinctively Franciscan way of praying. It centres strongly on Christ, and on the world. Where some ways of praying ask the one praying to close their eyes to concentrate on the things of God, Francis and Clare opened their eyes wide to gaze on God and on his world. They prayed, as they lived, passionately, holding back nothing of themselves.

This is perhaps the best known of St Francis' writings, and one of the best loved and most used. It has a particular resonance today when people are seeking to forge a new relationship with creation.It was written towards the end of Francis' life; the first part when he was seriously ill, probably in 1225; the second part in an attempt to make peace between the Mayor and Bishop of Assisi, who had quarrelled, and the final verse on his deathbed.

Most High, all powerful, good Lord,
yours are the praises, the glory, the honour
and all blessing.

To you alone, Most High, do they belong
and no human is worthy to mention your name.

Praised be you, my Lord, with all your creatures,
especially Sir Brother Sun,
who is the day and through whom you give us light.

And he is beautiful and radiant with great splendour;
and bears a likeness of you, Most High One.
Praised be you, my Lord, through Sister Moon and the stars:
in heaven you formed them clear and precious and beautiful.

Praised be you, my Lord, through Brother Wind;
and through the air, cloudy and serene, and every kind of weather,
through which you give sustenance to your creatures.

Praised be you, my Lord, through Sister Water,
who is very useful and humble and precious and chaste.

Praised be you, my Lord, through Brother Fire,
through whom you light the night:
and he is beautiful and playful and robust and strong.

Praised be you, my Lord, through our Sister, Mother Earth,
who sustains and governs us
and who produces various fruit
with coloured flowers and herbs.

Praised be you, my Lord,
through those who give pardon for your love
and bear infirmity and tribulation.

Blessèd are those who endure in peace:
for by you, Most High, shall they be crowned.

Praised be you, my Lord, for our Sister,
Bodily Death,
from whom no one living can escape:
woe to those who die in mortal sin.

Blessèd are those whom death will find
in your most holy will,
for the second death shall do them no harm.

Praise and bless my Lord and give him thanks
and serve him with great humility.

Francis certainly used this prayer, and it is characteristic of his spirituality, but it is now thought to be of earlier medieval origin.

May the power of your love, Lord Christ,
fiery and sweet as honey,
so absorb our hearts
as to withdraw them from all that is under heaven.
Grant that we may be ready
to die for love of your love,
as you died for love of our love. Amen

Salutation of the Blessed Virgin

Francis had a great devotion to the Blessed Virgin Mary, and her place in his writings demonstrates the centrality of the incarnation within his spirituality.

Hail, holy Lady, most holy Queen,
Mary, Mother of God, ever Virgin;
chosen by the most holy Father in heaven,
consecrated by him, with his most holy beloved Son
and the Holy Spirit, the Comforter:
on you descended and in you still remains
all the fullness of grace and every good.
Hail, his Palace; hail, his Tabernacle;
hail, his Robe, hail, his Handmaid;
hail, his Mother;
and hail, all holy Virtues, who,
by the grace and inspiration of the Holy Spirit,
are poured into the hearts of the faithful.
So that, faithless no longer,
they may be made faithful servants of God
through you.

The Prayer before the Crucifix

Francis prayed this prayer before the crucifix in the little church of San Damiano in 1205/6, in the early days of his conversion.

Most High, glorious God,
enlighten the darkness of my heart
and give me
true faith,
certain hope,
and perfect charity,
sense and knowledge,
Lord, that I may carry out
Your holy and true command

A prayer on entering a church

This prayer is recorded in Francis’ Testament, dictated as he lay dying. It was certainly not a new prayer, but one which he had used many times during his life.

We adore you, most holy Lord Jesus Christ,
here, and in all your churches throughout all the world;
and we bless you,
because, by your holy cross,
you have redeemed the world.